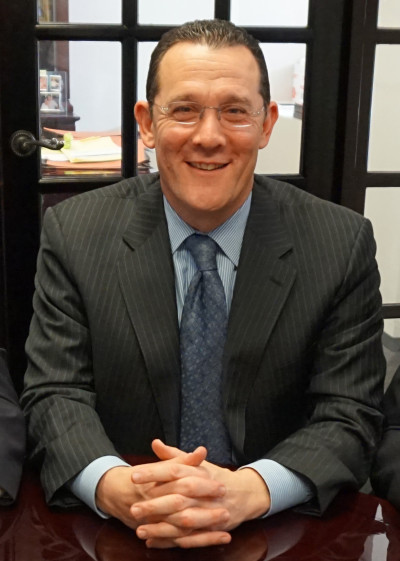 Steven Fink was born April 22, 1960 in Buffalo, New York. He graduated from Michigan State University with a Bachelor of Arts in 1982. He went on to graduate school and received a Juris Doctor degree from Rutgers University School of Law in 1985. In February of 1986 he was admitted to practice law in the state of New York and in January of 1989 to the United States District Court of the Southern District of New York.

In 1991 he accepted a position as an associate attorney at Schneider, Kleinick & Weitz, a prestigious plaintiff’s person injury law firm. He remained there until 1995 when he decided to open his own law firm.

Mr. Fink’s hardwork and total dedication to his clients, together with his ability to repeatedly accomplish superior results in complex cases, has been certified by the Million Dollar Advocates Forum and the Multi-Million Dollar Advocates Forum. These forums are limited to trial lawyers who have accomplished and demonstrated exceptional skill, experience and excellence in advocacy by achieving numerous outstanding results for their clients in the amount of one million dollars or more. Mr. Fink has also been selected as a Top 100 Trial Lawyers in the State of New York by the National Trial Lawyers, a ‘Super Lawyer’, a Top Attorney in New York by the New York Times and a Top Attorney in the New York Metro area by the American Registry. Mr. Fink also serves on the Board of Directors and the Executive Committee of the New York State Trial Lawyers Association.

Mr. Fink has lectured on medical malpractice and personal injury matters and has handled cases, as lead or co-counsel in New York, New Jersey, Pennsylvania, Connecticut, Massachusetts, Maryland, Florida, California, Illinois, Michigan and Texas. He is also a member of the American Association for Justice, The New York State Bar Association and The Jewish Lawyers Guild and serves as a Board of Director of Migdal Ohr, an organization serving disadvantaged children in Israel, and as a Board of Director of Lev Leytzan, an organization helping individuals who are in need of significant medical care.
Although he has a busy practice and is involved in many professional and personal activities, his first priority is spending time with his wife Mindy and their five boys. He also enjoys playing racquet sports and was a nationally ranked tennis and table tennis player. Mr. Fink speaks Spanish.