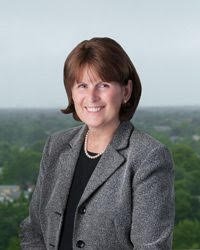 Mary D. Tierney, an associate at THE FINK LAW FIRM, P.C., is highly experienced in representing plaintiffs in complex medical malpractice litigation. Representing plaintiff’s who have sustained injury due to medical negligence has been her longstanding focus area of the law. This, coupled with Ms. Tierney’s background as a Registered Professional Nurse for several years provides invaluable insight and representation for our clients.

Ms. Tierney received a Bachelor of Science Degree (Nursing) from Cornell University in 1974 and was thereafter employed as a Registered Nurse at large medical institutions in New York City and Ann Arbor, Michigan. In 1982, she received her law degree from St. John’s University School of Law and commenced her legal career.

Ms. Tierney is admitted to practice in New York State Courts as well as the United States District Courts for the Eastern and Southern Districts of New York.