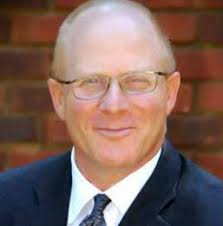 David Schoen is now Of Counsel at The Fink Law Firm, P.C..  With over 30 years in practice, David has extensive complex litigation experience as lead counsel in trial and appellate courts throughout the country. He is a member of the Bar in Alabama, New York, Maryland, and the District of Columbia and has been admitted to practice law in all state and federal courts in those jurisdictions, as well as federal trial courts in Michigan, Illinois, and Texas, many federal courts of appeals, and the United States Supreme Court.  David has appeared pro hac vice in many other jurisdictions. He has been lead counsel in complex criminal and civil cases at the trial level in many jurisdictions and has briefed and argued appeals in the 2nd, 3rd, 4th, 5th, 6th, 11th, and DC Circuits, the Texas Court of Appeals, and the Alabama Supreme Court.  He has represented parties before the United States Supreme Court and has filed amicus briefs before the Court as well.

In addition to his law practice, David has taught as an adjunct professor in the fields of Criminal Procedure, Trial Skills, and the First Amendment and has lectured widely in continuing legal education programs in these fields and in the fields of Legal Ethics, Civil Rights Litigation, litigation under the Anti-Terrorism Act, and Evidence. David has also served as a moot court judge at Columbia University Law School, Faulkner University’s Jones School of Law, and for the American Bar Association. He holds a Master of Laws degree with a concentration in Criminal Law/Procedure and Legal Education from Columbia University Law School.

David has served as a consultant to and as an Officer or Director on the Boards of a variety of public interest and civic organizations, including the Alabama Association of Criminal Defense Lawyers, the Alabama Prison Project, the Southern Christian Leadership Conference (Montgomery, AL Chapter), the Zionist Organization of America (National Board of Directors), The Center for Law and Justice (Founding Board Member), the Alabama Civil Liberties Union, the Torah Day School of Atlanta, Yeshiva Ohr Yisrael, and others. He has been honored by a leading Israeli institution for the welfare of children with its Migdal Ohr Tower of Light Award. David also has served on many professional committees, including the Middle District of Alabama U.S. District Court Committee on Local Criminal Rules, the New York State Bar Committee on Civil Practice Rules, and the American Bar Association’s Litigation Section Committees on Trial Evidence, Legal Ethics, and Indigent Defense, Civil Rights (Chair, Criminal Justice subcommittee), and International Litigation (Chair, Africa and Middle East subcommittee).